The cap badge is part of the Chief’s Coat of Arms and is authorized for all members of the Clan. The McBain badge features the “Catt” in an aggressive stance with most of the body showing. Officially it is called a demi cat. The Cat owes it’s presence to the Clan Chattan of which McBain is a “blood” member. The targe is not present in earlier versions of the design. It was added at the suggestion of the Lord Lyon around 1959 to difference the McBain’s from other members of Clan Chattan. The targe has also been added to the McBain motto. The circlet with buckle proclaims allegiance to the Chief and Clan. 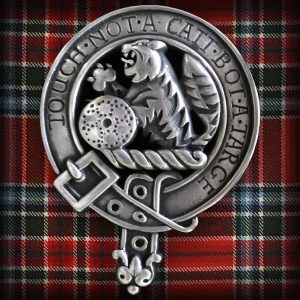 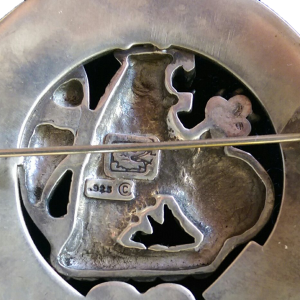